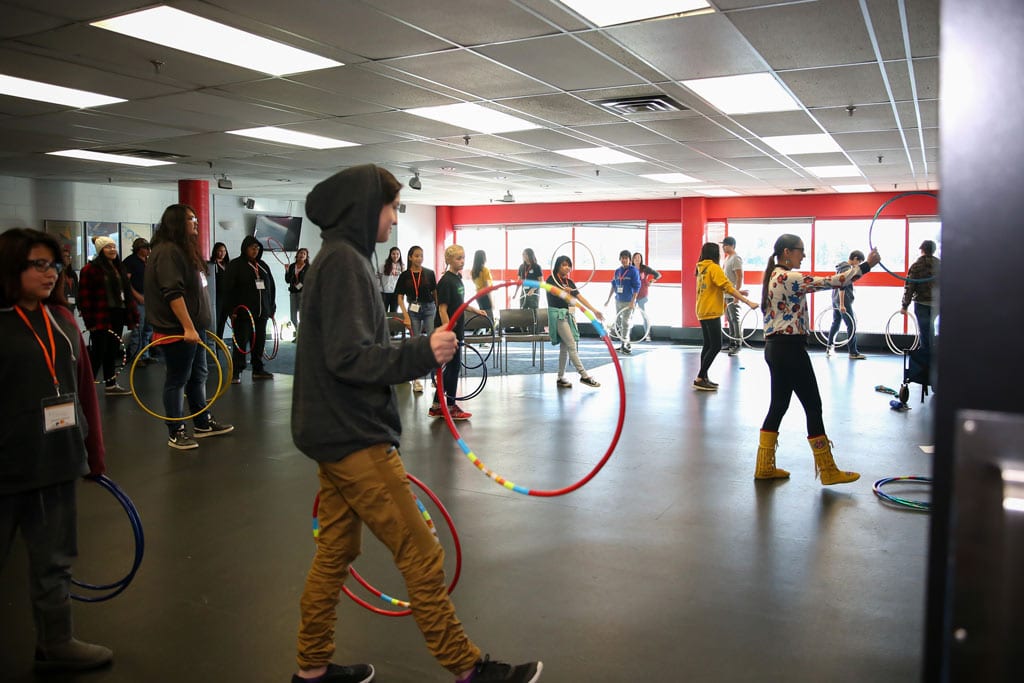 June is National Indigenous History Month, and June 21 of this year marks the 25th year of celebrating Indigenous Peoples Day in Canada. With over 300 First Nations, Metis and Inuit nations we have a lot to celebrate!

As an award winning educator and a champion women’s hoop dancer, this is usually a busy time of year for me. I am passionate about sharing but I find that there is sometimes a misunderstanding of the deeper meanings of Indigenous dance and culture. In the iceberg analogy of culture, Edward T. Hall said that 10% of culture is visible – dance, food, dress, music, art – this is only the tip of the iceberg. A vast 90% lies below the surface, such as values, beliefs, worldviews, communication, decision making and more.

In my Master’s thesis I delve into the deeper meanings behind the stories and practices of Indigenous dance. My research looks at the outlawing of ‘indian’ dancing, including sundance ceremonies, and the repeal in 1951.

This is one of the reasons Indigenous Peoples Day is important to me. During this same period, images of ‘indians’ were being constructed, commodified and sold, such as in Wild West films and television shows, where great chiefs and medicine men like Sitting Bull and Black Elk performed as they were forced to give up traditional ways of living. During this time First Nations people in Alberta and elsewhere were imprisoned, and in some places massacred, such as the Ghost Dance Massacre at Wounded Knee.

During the American Indian Movement of the 1960’s and 1970’s, one of the key issues for Indigenous youth and elders was ensuring our culture, such as drumming, songs and dances, continued to be shared and practiced.

Dance and survival have always been intertwined for Indigenous people.

Dance practices are not only for entertainment and celebration, but also part of healing from hardships, illness, loss, and grief – the jingle dress, originating from the Spanish Flu pandemic, is one example of this. In order to see the whole picture of Indigenous dance and culture, you need to understand the resilience and the hardship, the beauty and the struggle we carry, and what lies deep beneath the surface.

Today we are free to dance and to practice our culture and ceremonies. We continue to move forward and make change, generously and respectfully sharing our enduring spirit as Indigenous people. One of the reasons that we are able to do this is that Indigenous people have always used their voices to speak up, advocate, and promote inclusion and equality. Today, like in the past, people continue to advocate for equality, diversity and inclusion so that we are able to celebrate days like National Indigenous Peoples Day. This day is a renewal of our commitment to moving forward as a living culture. It is a reminder to strive towards our ideals as a diverse, inclusive, equal, free and democratic society in Canada, where we can build a deeper and more balanced, holistic understanding of each other beyond tokenism and entertainment.